The Annapolis Maritime Museum & Park is taking a leading role to ensure that area students receive high-quality, meaningful environmental experiences. AMM strives to connect people to the place they live and the environment around them. It is this connection that is necessary to foster a strong environmental ethic and sense of stewardship. Through a series of programs, AMM provides multiple educational experiences throughout students’ academic careers. Thanks to our generous sponsors, donors, and program partners, these programs are free of charge for these children, many of whom are from low-income households. Often these students live in close proximity to the water, yet lack access. The AMM provides a venue for exploration and learning and is one of the few places in the City that provides that access. Every child deserves the chance for success.

In this hour-long outreach program for Pre-K students, students are introduced to a variety of animals that make their home on an oyster reef, such as small fish, shrimp, and crabs. Staff members read How the Oysters Saved the Bay and introduce what an oyster is by passing around oyster shells and encouraging sensory exploration. After describing the look, feel, and even smell of their oyster shells, students work together to build an oyster reef. Educators then introduce each live critter before passing specimens of that animal around. Students are encouraged to touch and explore each animal, making observations and pointing out differences between them. Each Little Skipjacks session wraps up with a silly song about an oyster. Little Skipjacks is supported by PNC Grow Up Great. 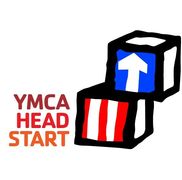 Through the year-long Chesapeake Champions program, second grade students examine their connection to the Chesapeake Bay through the lens of science, social studies, and art. Students are involved with growing and planting native Bay species to restore these plants on the museum’s Living Shoreline. AMM sees every student four times during this program and works with the entire second-grade class at Annapolis, Eastport, Hillsmere, and Riviera Beach Elementary Schools.

Through the Annapolis Maritime Museum & Park’s Oyster Education Program (OEP), the Education Center sees every 6th grader from six area middle schools (Annapolis, Bates, MacArthur, Magothy River, Meade, and Severn River Middle Schools). Students participate in two winter outreach sessions in their classroom that include building a model oyster, dissecting an oyster to observe its anatomy, and interviewing a local Chesapeake Bay waterman, Captain John VanAlstine. Students then attend a spring field trip to one of AMM’s campuses and take a boat ride to a local oyster reef. This program focuses on the oyster to illustrate biological, ecological, and cultural concepts to meet environmental literacy standards. Students are involved in a restoration project where they plant baby oysters (spat) on a local sanctuary oyster reef. OEP is sponsored in part by the Arundel Community Development Services, Arlington Echo Outdoor School, and Watermark Cruises.

The North American Association for Environmental Education (NAAEE), in partnership with the National Oceanic and Atmospheric Administration (NOAA) and supported by the U.S. Department of Education, has awarded $2.35 million to 29 environmental education organizations, including the Annapolis Maritime Museum & Park (AMM). These organizations partner with NOAA to provide enriching out-of-school watershed-related STEM (science, technology, engineering, and mathematics) projects to local 21st Century Community Learning Centers (21st CCLC) sites and their students, many of whom live in high-poverty and underserved areas. Learn about the full program here: https://naaee.org/our-work/programs/eeblue/21CCLC.

The “From East to West, Our Watershed’s the Best!” program works with students participating in afterschool programming provided through Partnering for Youth (PFY) Project A to Z at three Queen Anne’s County Public elementary schools (QACPS). This partnership between QACPS and the AMM serves to bridge the gap between Maryland’s Eastern and Western Shore, both defined by hundreds of miles of Chesapeake Bay shoreline and both taking active interest and roles in restoring the health of the Bay. Through this project, students see how their actions on land impact their local waterways and how those waterways connect to and affect the larger Chesapeake Bay watershed. By better understanding the broader impact of their actions, students are inspired to take positive steps to improve the health of their watershed. These experiences inform and inspire student-led action projects.

Additionally, the AMM/BOR Build-A-Boat Program emphasizes maritime history, the Annapolis boat-building tradition and the critical role that tradespeople played in the development of their community while teaching students STEAM concepts! These boat-building experiences provide a solid foundation for vocational skills development, as participants try out woodworking, construction and painting in a safe environment with dedicated mentors (in partnership with Chesapeake Lightcraft.)